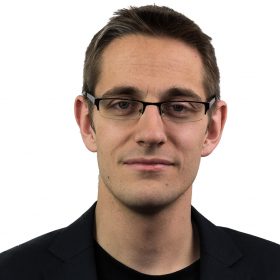 In his role as an Associate Partner for TNG Technology Consulting in Munich, Thomas Endres works as an IT consultant.

Besides his normal work for the company and the customers he is creating various prototypes – like a telepresence robotics system with which you can see reality through the eyes of a robot, or an Augmented Reality AI that shows the world from the perspective of an artist.

He is working on various applications in the fields of AR/VR, AI and gesture control, putting them to use e.g. in autonomous or gesture controlled drones. But he is also involved in other open source projects written in Java, C# and all kinds of JavaScript languages.

Thomas studied IT at the TU Munich and is passionate about software development and all the other aspects of technology. As an Intel Software Innovator and Black Belt, he is promoting new technologies like AI, AR/VR and robotics around the world. For this he received amongst others a JavaOne Rockstar award.

Deepfakes 2.0 – How Neural Networks are Changing our World