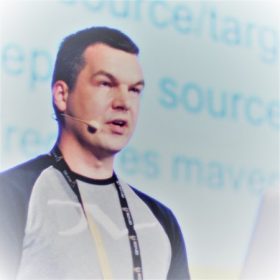 Robert is the chairman of the Apache Maven project, is one of the most active committers and works on several other Maven related open source projects. He was a member of the expert group of JSR376, better known as Project Jigsaw. Robert did most of the implementations for the related Maven plugins to support the Java Platform Modular System. Robert is an international speaker and has his own column in every edition of the Dutch Java Magazine (NLJUG) for over 5 years.
In 2017 Robert started a new company called Sourcegrounds, based in Groningen, The Netherlands.